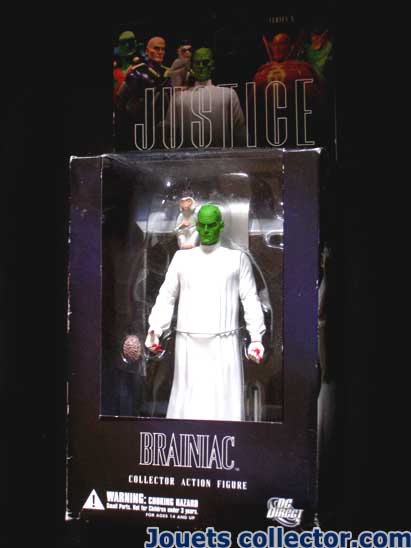 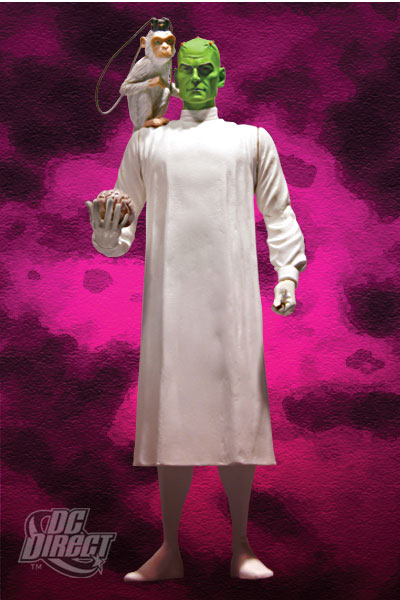 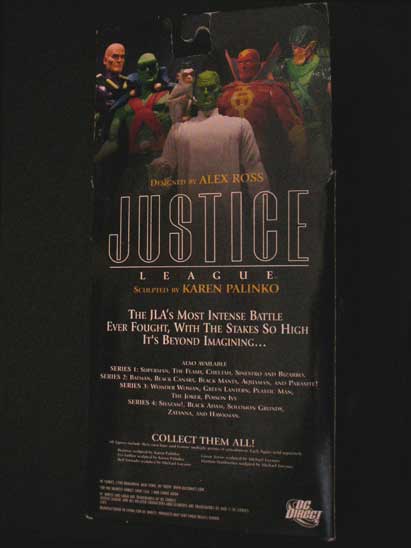 PVC Action figure, measuring approximately 17 centimeters (6.3/4 inch) with his monkey "KOKO", a human brain, one scalpel and one base.

Brainiac / VRIL DOX before becoming the living computer, one of the most terrible enemy of Superman designed by the great ALEX ROSS.

This series JUSTICE LEAGUE COLLECTOR wave 5 was made by DC DIRECT in 2007.