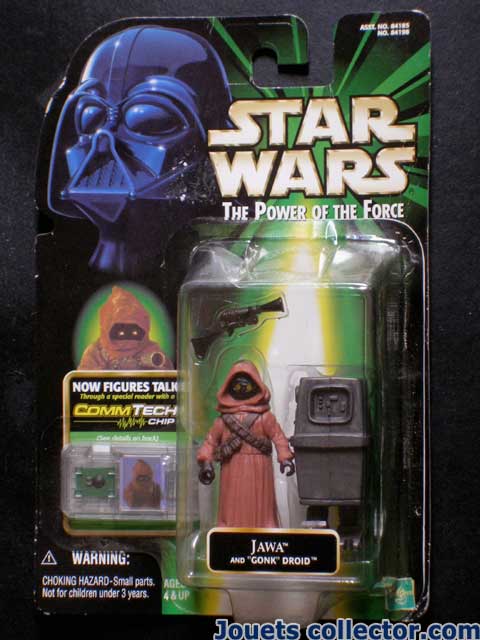 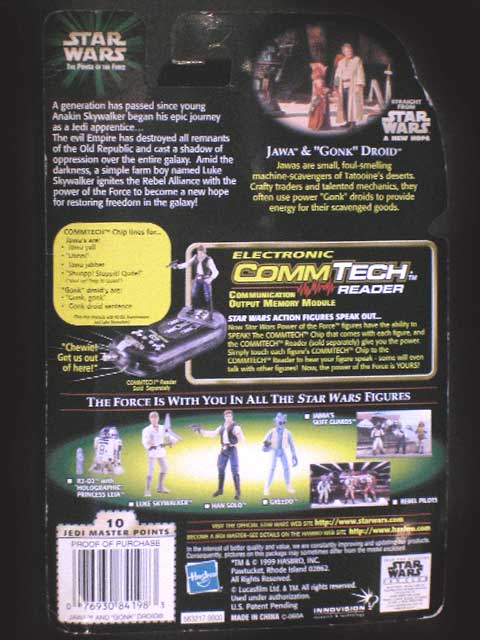 Very rare because in this first release, the JAWA has been manufactured without holes under the feet, this version has been removed and replaced.

This series POWER OF THE FORCE 2 was made by HASBRO Toys in 1999.