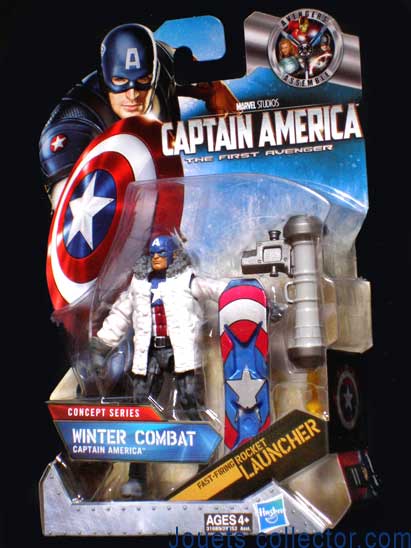 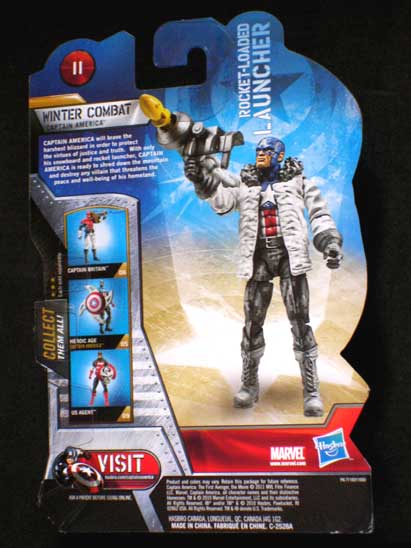 The Marvel movies action figures by HASBRO are very similar to the MARVEL UNIVERSE series, same size ,same molding, very poseable and details are very impressive for their small sizes.

This "COMIC" series, was created from the comic books "Captain AMERICA" and made by HASBRO Toys in 2011 for the movie "CAPTAIN AMERICA The first avenger".