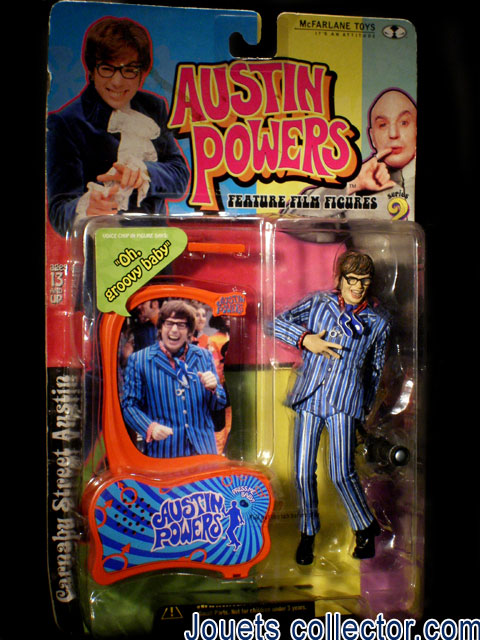 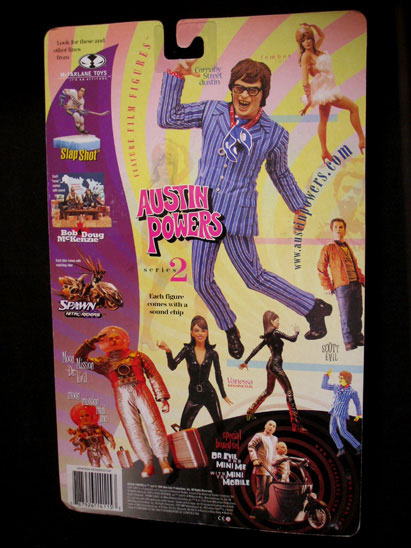 Action figure in PVC, articulated, measuring approximately 16 centimeters (6.1/3 inch) with accessories : a camera and one electronic base (talking chip).

This second series of action figures from the movies AUSTIN POWERS, was made by McFARLANE Toys in 2000.