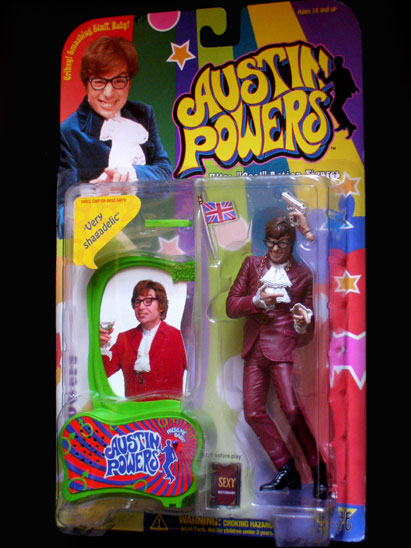 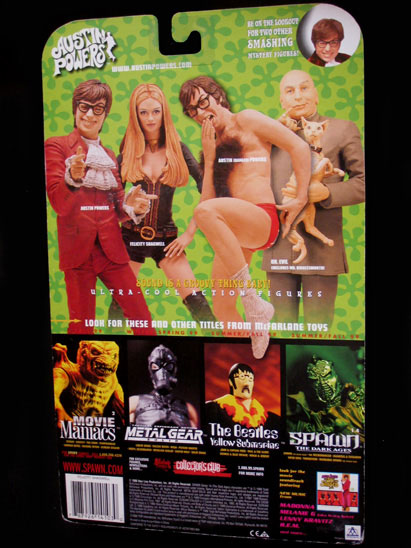 6.30 inch, articulated, action figure in PVC with accessories : 1 hand with gun, one "SEXY" dictinnary, 1 small "UNION JACK" and one electronic base.

This first series of action figure from the movie AUSTIN POWERS The Spy Who Shagged Me, was made by McFARLANE Toys in 1999.